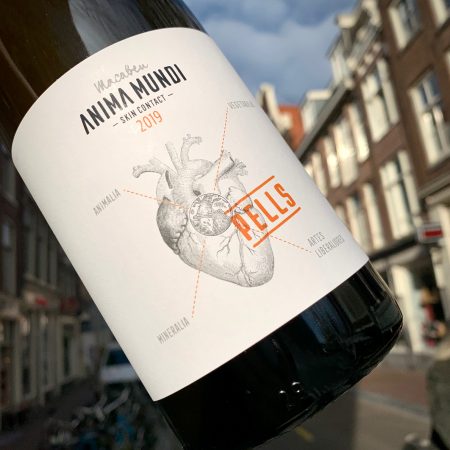 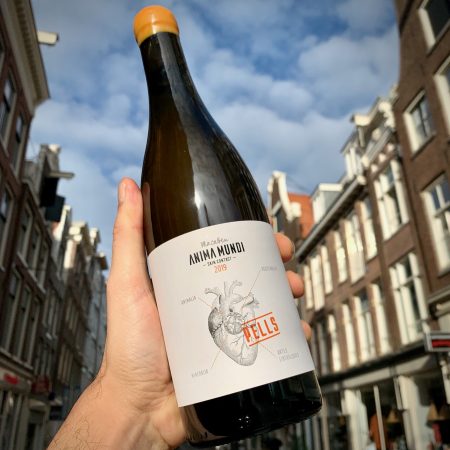 Orange wine, but light and delicate due to thin skins and delicate maceration. Less reductive and carbonic than the 2018 was around this time, this is an amazing wine right off the bat. Beautifully subtle, lightly oxidative tropical fruit on the nose, spherical but energetic on the palate. Deliciously drying texture, but due to its minerality rather than its tannin. Finish is exceedingly fresh and salty, absolutely delicious.

Anima Mundi is the explicitly experimental and low-intervention project of the fiercely talented young Agusti Torello Roca. With additive-free but meticulously executed vinifications in old barrels and amphora, he crafts some of the most exciting bottles on our shelves. These are wines that unite the energy of natural wine with generations worth of classical metier and promise nothing but great heights in the future.

Agusti Torello Roca could be described as Cava Royalty, being a scion of one of the premier quality oriented Cava producing family companies of the Penedès: Agusti Torello Mata. However, together with his father and aunt Roca has recently broken away from both the family company and the Cava appellation in general. In search of better channels through which to express their beautiful chalk- and limestone dominated terroir, they found a home in the DO Classic Penedès (incidentally the first ever appellation to demand organic certification of its applicants).

From here the Torello’s have built an ambitious operation with three divisions. Under the name AT Roca they make their traditional method sparkling wines within the DO Classic Penedès. Anima Mundi is the range of Roca’s experiments in maceration and fermentation, largely uninhibited by DO requirements. And most recently Compania Viticola Sileo was founded for terroir-driven articulations of red Garnatxa in the DO Montsant.

The uniting factors between the three are organically farmed indigenous grape varieties, old vineyards on high-altitude and mostly maritime soils, and patient vinifications with natural yeast and careful elevage. The wines yielded by this approach are on the cutting edge of current Spanish winemaking, and a driving factor behind the Penedès’ newfound consciousness of its own potential.