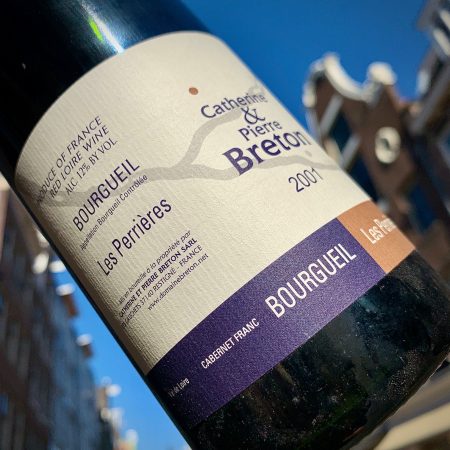 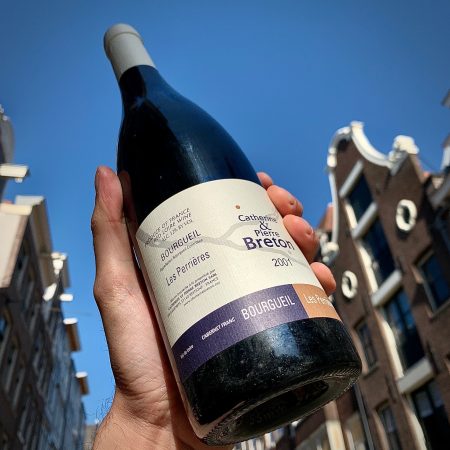 Geek alert! Aged bottles of Domaine Breton’s top wine ‘Les Perrieres’, couple cases of 2001 and 2002 left in the cellar. The 2002 shows intensely cloudy and lees-y in the glass and is texturally the most vibrant and free-floating of the two. Needs some air before it yields its subtly enticing nose. The 2001 is a touch more austere on the palate, but explodes with hauntingly sylvan Cab Frac aromas right off the bat. Take your pick.