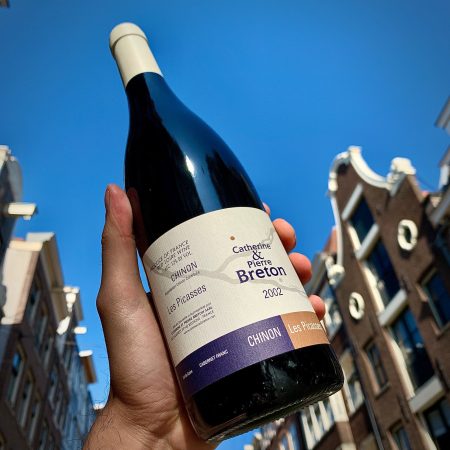 Unicorn alert! Old vintage Chinon from renowned leu-dit ‘Les Picasses’. The Bretons haven’t produced this bottling for a while now, but it used to rival Bourgueil ‘Les Perrieres’ for sheer structure and complexity. This 2002 offers a great aged Cab Franc experience, packed with captivating tobacco- and leather-tinged crushed forest fruit aromas but refreshingly light on its feet.