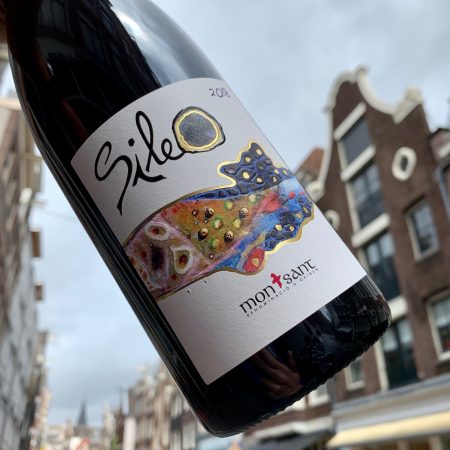 A deep but bright wine full of red and black cherries and strawberries backed by subtle notes of smoke, tar and coffee. Well-integrated tannins and beautifully driving acidity make this a primo example of delicate and digestible Garnacha.

Handharvested Garnatxa (80%) and Samsó (Carignan in Catalan, 20%) from 2 different vineyards in Montsant, both situated 250 metres above sea level, all organically farmed. Soil consists of limestone, clay and granite. Hand-harvest, fermentation in stainless steel tanks for 18 days. Maturation on the lees in French oak 500 litre barrels for 9 months.

Agusti Torello Roca could be described as Cava Royalty, being a scion of one of the premier quality oriented Cava producing family companies of the Penedès: Agusti Torello Mata. However, together with his father and aunt Roca has recently broken away from both the family company and the Cava appellation in general. In search of better channels through which to express their beautiful chalk- and limestone dominated terroir, they found a home in the DO Classic Penedès (incidentally the first ever appellation to demand organic certification of its applicants).

From here the Torello’s have built an ambitious operation with three divisions. Under the name AT Roca they make their traditional method sparkling wines within the DO Classic Penedès. Anima Mundi is the range of Roca’s experiments in maceration and fermentation, largely uninhibited by DO requirements. And most recently Compania Viticola Sileo was founded for terroir-driven articulations of red Garnatxa in the DO Montsant.

The uniting factors between the three are organically farmed indigenous grape varieties, old vineyards on high-altitude and mostly maritime soils, and patient vinifications with natural yeast and careful elevage. The wines yielded by this approach are on the cutting edge of current Spanish winemaking, and a driving factor behind the Penedès’ newfound consciousness of its own potential.