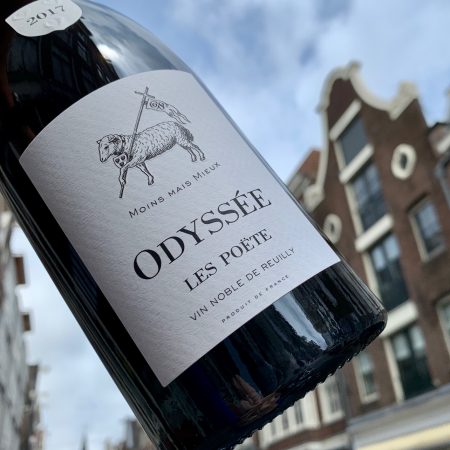 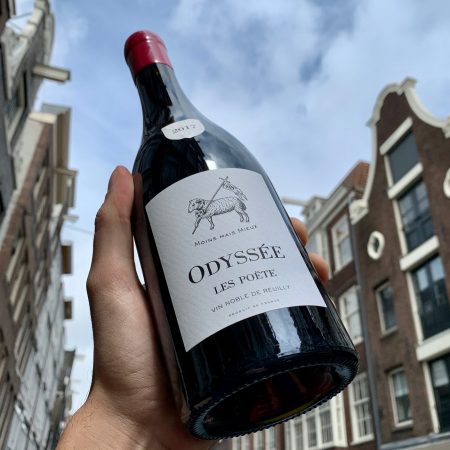 Stunningly delicate yet powerful Pinot Noir from Reuilly. Delicate red fruits and refreshing tannins and acidity stand out after opening, but with air and time a bottom-end of dark berries, smoke and spice slowly swells. Easily outpaces most Burgundies in its price range.

Guillaume Sorbe comes from a family of winegrowers, but initially had his own mind set on gastronomy. So much so actually, that when it the time came to retire, his father was forced to sell the entire family domain save for a small patch of old vines. A winemaker’s spirit did burn quietly in Guillaume’s heart however, and after having turned his career as a cook into one as a sommelier, he took the extra step of signing up for Beaune school of viticulture and oenology.

After graduating he was finally ready to become a grower in 2007, initially with only a small bit of Reuilly-terroir but gradually building a collection of plots in Reuilly (Sauvignon, Pinot Gris and Pinot Noir), Quincy (Sauvignon) and Touraine (Sauvignon, Cabernet Franc and Malbec). Over the years he successfully converted these vineyards to biodynamic farming, with an ethos aimed at biodiversity and low yields.

His outside work is characterised by meticulous tending of the vines, very limited plowing and maintaining a host of flora and fauna (wild flowers, herbs, bees, sheep, etc) in and around the vineyards. The cellar sees the same attention to detail, with all plots fermented separately in tiny tanks and barrels so as to be perfectly tailored to the needs of each terroir.