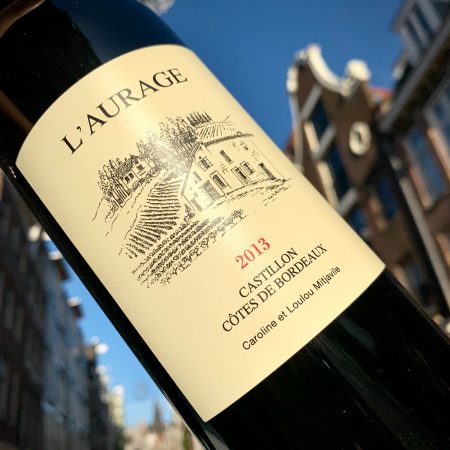 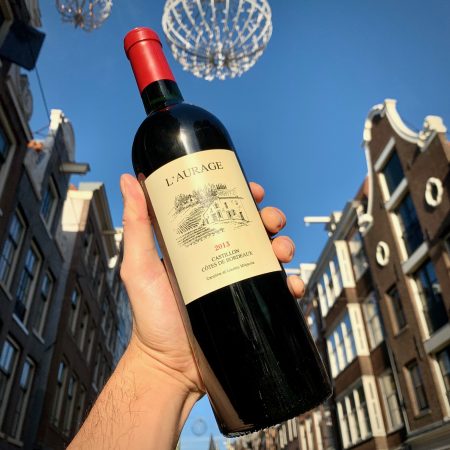 Highly pleasurable Bordeaux made on the edge of Saint-Emilion. Ripe and oaky on paper, but in practice these wines are delicate, linear and full of back-end lift. Hedonistic stuff, but elegantly so.

For fans of voluptuous but elegant Bordeaux the name ‘Mitjavile’ has a special kind of aura. Since the seventies Francois Mitjavile has built a fanatic fanbase for his garagiste-quantity wines from his Right Bank estates Chateau Tertre Roteboeuf, Roc de Cambes and Domaine de Cambes. And having been raised at the Grand Cru Tertre Roteboeuf, it is no surprise that Francois’ son Louis wanted to make a name for himself as well. Which is why in 2007, after an extensive career as winemaker at other estates, he acquired the small Domaine de l’Aurage in Cotes de Castillon. L’Aurage is situated at a high altitude right at the border of Saint-Emilion, with which it shares its argil-calcaire terroir