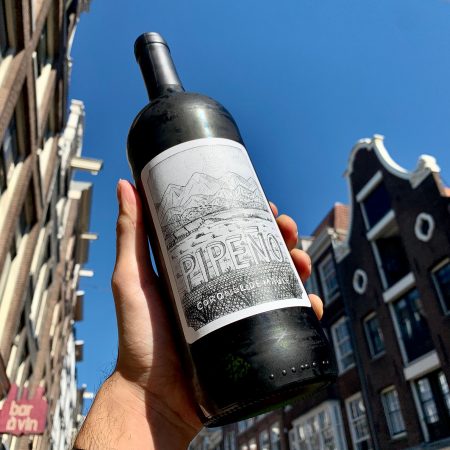 The man who fell in love with South America, then studied the craft of natural winemaking under Philippe Pacalet and Marcel Lapierre, and finally settled in Chile in 2006 to make his own wines. Here, among the ancient, high-altitude and dry-farmed vineyards in Maule and Bio Bio, he applied the carbonic-maceration techniques her studied in the Beaujolais on Paìs, a nearly forgotten grape that was once introduced in the Americas by Jesuit missonaries.

Then he fell under the spell of the even simpler ‘Pipeño’ style of winemaking that local farming communities used. In this method, grapes are destemmed and spontaneously fermented in large open containers called ‘lagares’, before being foot-trodden and matured very briefly in wooden ‘pipas’. Pipeño wines were originally made for young, cheerful consumption at local festivities, a perfect antithesis of the heavily oaked and extracted wines from French varieties for which Chile has become internationally renowned.

As of 2019, Luyt only makes small quantities of his ‘own’ wine there, his activities mainly consisting of helping small farming families convert to organic farming and the production of their uber-drinkable Pipeño wines. In the meantime he leads harvests and vinifications at befriended vignerons in his beloved Beaujolais – where it is whispered that a brand new Luyt project is in the works.