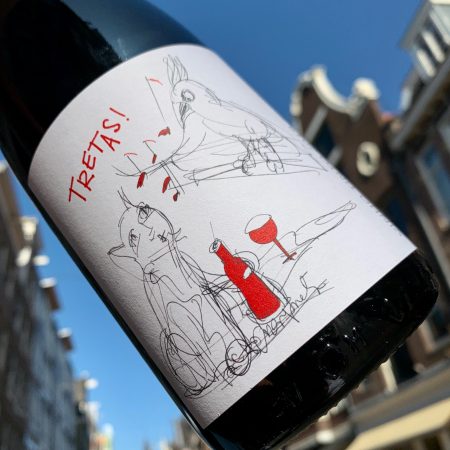 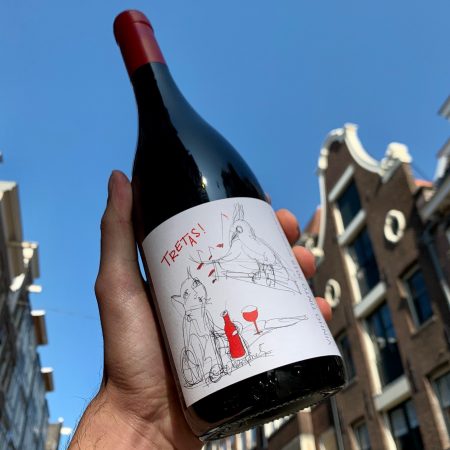 New vintage Tretas! The 2018 was one of lasts year’s unexpected hits, and this 2019 is even better! Spicy-yeasty-smoky nose at first, giving way to layers of red berries, roses and black tea with air. Crunchy and mineral on the palate, juicy but with firm acidity and grip. A bit more weighty than the previous vintage, for a super light almost-rosé red move over to new cuvée Lero Lero.

Hand-harvested Jaen (70%) and Touriga Nacional (30%) from high-altitude organic vineyards on granite, schist and clayey shale soils. Destemmed, 10 days on skins, spontaneous co-fermentation without temperature control. Stays in tank on the lees for 6 months, bottled unfined and unfiltered with a bit of added sulphites.